A serious fire at the Cameron Hotel next to Loch Lomond in Scotland has left two people dead and others needing hospital treatment for smoke inhalation.

The alarm was raised at approximately 0640 on Monday 18 December and over 200 guests were safely evacuated from the luxury hotel.

At the height of the incident, the Scottish Fire and Rescue Service had more than 70 Firefighters and 14 appliances at the scene with Firefighters working in arduous conditions both inside and out of the complex building.

The hotel was originally built as a mansion house and converted to a hotel in 1986. The hotel has 132 rooms and is located next to Loch Lomond.

The Scottish Fire and Rescue Service are carrying out an investigation into the cause of the Fire.

Photograph for illustration only. 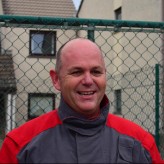